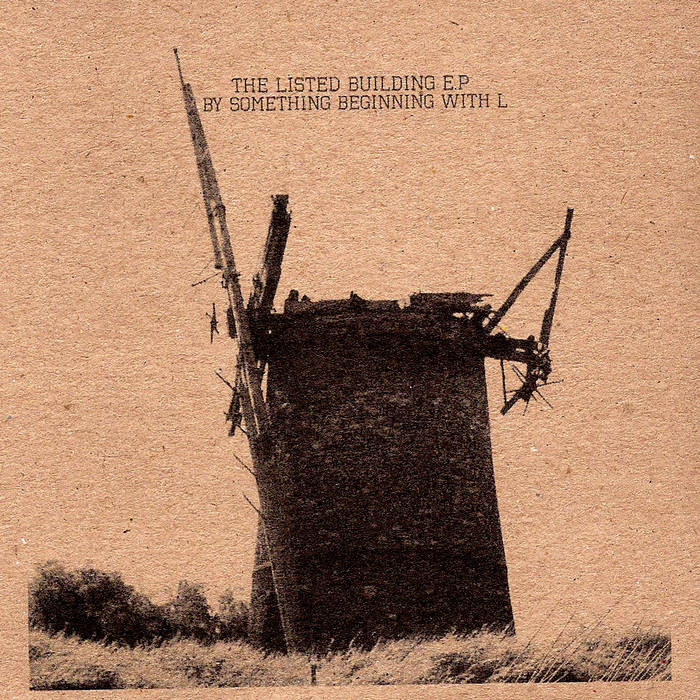 Armellodie Records is charmed to present Something Beginning With L, sweet purveyors of beautifully maudlin pop coated in chimes, whirrs and divine melodies on their debut EP, The Listed Building, released on Monday 11th April 2011.

Something Beginning With L are a bewitching trio made up of Lucy Parnell (Vocals, Guitar), Jen Macro (Vocals, Guitar) and Jon Clayton (Bass, Keys). The band juxtaposes scuzzy electric guitars and acoustic fragility with electro beats and indie-rock ethics, guided into the light by the salient crystalline vocals of Lucy Parnell and Jen Macro who offer bliss-out close harmonies, melancholy and absorbing over the band’s encapsulating dream-pop.

As if to throw you off their sweet scent the band kick starts proceedings with ‘Angel Sized’, a bout of delightfully fuzzy pop-tones, the guitars sneer, the Philicorda burrs, and the drums are sprightly with Jen Macro’s rousing mantra-like vocal rushing forth with remarkable cohesion and unity, it’s an atypically buoyant introduction to an enormously talented ensemble.

‘Younger Thoughts’ is a different beast altogether, sparse and ominous and built around a delicate piano motif, deliberately tumbledown and nonetheless captivating for it. A song that Lucy casually describes as about “embarrassing young heartbreak silliness”, the lyrics become almost indecipherable as they get swept up in a sonic dreamscape, and the song quietly buries itself in your cranium.

The mesmeric draw of ‘Expansion Ride’ - a cover of former Chemikal Underground darlings Magoo - is impossible to resist, harsh and pure all at the same time with those oh so adorable harmonies declaring, “They’re installing meters in the trees, there’s no room to breathe, forget the time we had it for free”, remarkably poignant in the current, claustrophobic climate that this country finds itself.

Closing with ‘Unwittingly Beautiful’, the only song present to be lifted from the band’s forthcoming debut album, Beautiful Ground, dense and carefully constructed, the chords chime and shimmer with enduring resonance, allied to Jon’s pulsing bass line and intricate electronic percussion, abstract and eerie as a love song can be and all the more life-affirming for it.

Not a troupe that could be accused of lethargy by any stretch of the imagination, Lucy, Jon and Jen are a diligent bunch of comrades, having all earned their stripes as part of South London noiseniks Stuffy/the Fuses, Lucy and Jen can also be found flaunting their considerable talents in The Graham Coxon Power Ensemble, the band that recorded and toured the Blur guitarist’s most recent solo offering, The Spinning Top. The pair have also lent their sweet tones in support of ex-Soft Boys front-man and esteemed solo artist Robyn Hitchcock, what’s more, Jon and Jen both performed in former Ash guitarist, Charlotte Hatherley’s touring band, and on top of all this moonlighting Jon runs his own recording studio, OneCat in Brixton, which is where The Listed Building EP and forthcoming long-player Beautiful Ground were dutifully committed to tape; and you thought you were busy…

Sometimes sexy, sometimes sweet as honey, sometimes spooky, but always spine tingling Something Beginning With L sweep you to a place of emotional ecstasy and will no doubt be clinging to your ears for a long time to come.